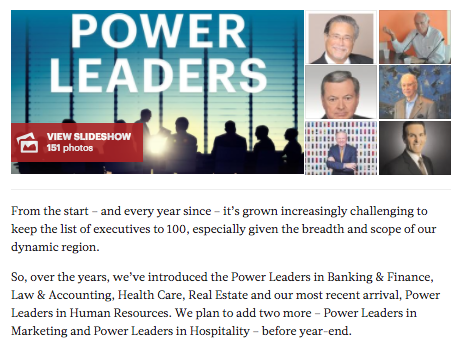 On behalf of the entire Lynx Companies family, we would like to congratulate Chris Moran (President of Lynx Construction Management) for being named one of the 2017 Power Leaders by South Florida’s Business Journal! This is a huge honor and just shows the type of leadership we carry at Lynx.

Chris was among 151 named leaders in the South Florida area. Each person named a power leader definitely earned their right to be there, so congratulations to all of those named! This list isn’t just a list of those who know business. This list is created to show appreciation to those who live and breathe business.

We are very excited that our company is being represented so well by Chris Moran, and we couldn’t be happier about him being named a 2017 Power Leader!